What’s Your Frequency? The Power of Binaural Beats 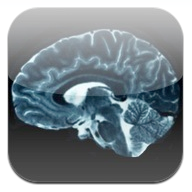 This post is a deviation from my usual blather. But I hope you enjoy it anyway.

I have long suffered from depression. I have been prescribed a broad range of pharmaceutical “solutions” that ultimately proved to be ineffective or so fraught with nasty side-effects that I’ve abandoned them. I’ve also fallen into some of the more self-destructive forms of self-medication. I can sometimes battle this ailment with a regular dose of sunshine and exercise, but this isn’t a reliable solution.

In the past several months, I have been researching and exploring an approach that is a little like putting my head between a humming tuning fork. Let me try to explain.

The approach I’m exploring is generally referred to as brainwave entrainment or brainwave synchronization. The idea is that the brain tends to change its dominant frequency towards the frequency of a powerful external stimulus. (In this case its aural, but it can also be visual or electromagnetic or any form of vibration, making the potential source rather broad.)

The other important fact is that certain vibrations of the brain are associated with particular states of mind, like thinking or sleeping or creativity or dreaming. These type of vibrations are called resonant frequencies, and they can be quite powerful.

The power of resonant frequencies has been known for a long time. Nikola Tesla experimented with electromechanical oscillators in the late 1800s. In one notable experiment, he attached an oscillator to an iron pillar that ran down the center of his lab and into the foundation of his building. His goal was to let the oscillator run until he detected a significant vibration in the pillar. However, he was unaware that the vibrations were being conducted through the iron pillar and down into the substructure of the city. In much the same way that earthquakes are typically strongest a short distance from their epicenter, the nearby buildings began to shake and their windows shattered, while Tesla’s lab remained unaffected. Luckily, police intervention brought the experiment to an end before the nearby buildings were completely destroyed.

More recent research into the mind-altering possibilities of this entrainment principle have been undertaken by several people, many claiming to be the first. One of the early experimenters, Robert Monroe, a student of engineering and human physiology, set up a small research program in the 1950s to explore the effects of sonic frequencies on the brain. The sonic principle he was using was already known to electronic engineers as binaural beat frequency modulation (a primary concept of radio receivers today). Monroe recorded two channels of audio data using a stereo tape recorder. One channel was recorded with a sine wave tone frequency of 200cps (cycles per second, also known as Hertz), and the other channel at 208cps. When this recording was played through stereo headphones, Monroe discovered that although one ear heard a 200cps frequency and the other a 208cps frequency, the brain interpreted the tones as an 8cps frequency and began to entrain itself to that frequency.

What makes this interesting is that normally the two hemispheres of the brain vibrate at different frequencies, but Monroe’s experiment demonstrated that both hemispheres could be synchronized. He also found that when the brain was entrained to vibrate near 8cps, there was a tendency towards a dramatic increase in creativity and intuition.

According to research, the human brain operates within a wide range of frequencies, but generally stays within 4 levels of awareness: beta (13 to 30 cps), alpha (8 to 12 cps), theta (5 to 7 cps), and delta (1 to 4 cps).  (Different researchers may put these ranges slightly higher or lower.)

The alpha level is usually associated with a relaxed, calm and creative waking state. Alpha is often achieved by simple meditation and the slowing of one’s breath.

Theta is perhaps the most interesting level. (It’s the most interesting to me.) In this frequency range, dreams, deep hypnosis, out-of-body projections, and other odd and less-understood phenomena begin to appear. This is the state of consciousness that you’ve probably experienced on that border between being awake and being asleep. This is that “twilight-zone” where the conscious and subconscious mind begins to overlap. I have found this state to be one in which the mind is most receptive to deep suggestion.

The delta range is most often associated with deep, dreamless sleep. I’ve used these frequencies often when I am having a bout with insomnia.

There is another frequency range that I feel obligated to point out only because of my philosophical background and the potential implications. This is the gamma range (25 to 100 cps). This is a more controversial brain frequency, sometimes associated with the transcendental states of Tibetan monks, REM sleep, and particular brain states induced by anesthesia. The philosophical implications have to do with what is called the “binding problem”.  This is essentially about the meaning of “consciousness” and how this relates to the neurological activity of the brain. It is both a philosophical and neurobiological problem that often gets obscured by the language of the two disciplines. Suffice it to say that if you crank up your headphones into the 25 to 100cps realm, all bets are off the table!

So I’ve been experimenting with binaural recordings in various combinations of the beta, alpha, theta, and delta frequency ranges. At first, I found a number of freely available recordings done by many people on the web. Some of these recordings were simple sine wave tones recorded at various offset frequencies to achieve the binaural beats associated with the various brain states. Then I found recordings that mixed in the sounds of ocean waves, forest sounds, rain-fall, white noise and pink noise. (Presumably, these added tracks were to make the listening experience more enjoyable.) There are many, many sources of free high-quality binaural beat recordings on the web that I’ve found to be quite effective. (It turns out that producing, packaging, and selling these recordings has now become another frenzied business trend, so beware.)

My needs were simple. I wanted to somehow fight my depression and the associated insomnia. For this, I have found several 10-30 minute recordings, at various frequencies (some sliding frequencies) that have been very effective.

I’m always fine-tuning with duration, amplitude, time of day, and synchronous activities. My experience is that it’s much like meditation, each person must find their “sweet spot” with these variables.

I’ve spent considerable time researching this subject. Although this is some pretty powerful stuff, I’ve found no significant areas of concern in terms of potential damaging effects of exploration into this realm, WITH ONE NOTABLE EXCEPTION:

FOLKS WITH A TENDENCY TOWARDS EPILEPSY SHOULD CONSULT WITH THEIR DOCTORS FIRST.

This warning is especially true when experimenting with visual frequency stimulus, but may also be relevant to sonic entrainment.

Most recently, I’ve been creating my own binaural beat recordings and layering additional tracks to my taste. I’ve also been experimenting with various software to create “sliding frequency” recordings. These are recordings that start with a particular frequency and slowly slide into another frequency, guiding the brain entrainment into a particular direction. I’m still tinkering with this method, but I’m finding some interesting results.

It’s fun to mess with your brain, so I encourage all you explorers to check out brainwave entrainment methods and approaches!

There’s an interesting iPhone/iPad app called Brainwave ($1.99) that may be a good way to introduce you to the binaural beat world.

Free Binaural beats – download free recordings and try them yourself