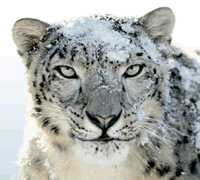 Right off, there’s a noticeable performance boost in startup, shutdown and general Finder tasks. That, along with the  7GB reclamation of disk space makes Snow Leopard worth the price.

The new QuickTime is slick, but lacks the export features of the previous version of QuickTime Pro. Thankfully, Apple anticipated this disappointment, and put the old QuickTime in the Utilities Folder in Applications.

Some folks will undoubtedly be using older applications which require Rosetta to run. Again, Apple found an elegant solution for those who chose not to initially install Rosetta. When starting an older application, a dialogue box appears asking if you’d like to install Rosetta. If yes, then your system connects to an Apple server, downloads and installs Rosetta, and launches your application. Pretty close to hassle-free.

There are still a few software developers racing to make their applications play nicely with Snow Leopard, but most of the major developers are already on board.

With the recent news that Jobs will not be delivering the Keynote at this January’s MacWorld Expo, and that this will be Apple’s last appearance at MacWorld, we are left with a sense that a transition is near for the Mac world.

It seems that there’s more at work here than a weakened economy.

There has been much speculation about Job’s health, and what a change in leadership may bring to the direction of Apple.

Speculation and rumor aside, there is no doubt that this will an historic MacWorld Expo. I will be attending with a careful eye, and ear, to the trends and emotions of this event. I go with a hopeful and excited disposition. On many levels, I believe that Apple is ready for the next stage of evolution.

Are we about to see Apple 2.o?

This car has been sold.

In the next few weeks, as time permits, I will write a brief piece about my experience in selling this car. This may be interesting to both buyers and sellers of these rare cars.

Macs Now Found in 8 of 10 Businesses

A new survey conducted by Yankee Group Research Inc. of more than 700 senior IT administrators and C-level executives revealed that nearly 80% of businesses have Macs in-house. This number is up from the last survey in 2006 which indicated that 47% of businesses had in-house Macs.

Two interesting details of this survey are:

In business and in education, there is an increasing trend towards making the Mac the platform of choice. The one unfortunate side-effect from this trend may be the increased (although minimal) exposure of the Mac OS to hackers’ efforts.

Apple announced OS X 10.6 named Snow Leopard as more of a performance release rather than a feature release.

Some of the announced changes include a smaller footprint (giving back some hard drive space), Microsoft Exchange support, extended 64-bit support to allow a theoretical 16TB of RAM, faster clock speeds with the multicore “Grand Central” technology, and QuickTime X which includes optimized support for the latest codecs.

It’s not known yet whether Snow Leopard is the beginning of dropped support for PowerPC by Apple. Several developers are reporting that their developer preview copy runs only on Intel machines.

The rumors are that this will be a free upgrade, but that hasn’t been announced yet.

The Mac’s Momentum in the Business World

The cover story on last week’s Business Week was about the Mac’s growing presence in the corporate world.

While this trend is not particularly surprising to most seasoned Mac users, it’s notable for the fact that Apple has spent very little resources directly targeting this market. And yet, March, 2008 sales for Macs exceeded all forecasts, climbing 51% over the previous year. The article points out that combined Mac, iPhone and iPod sales grew from $5.2 billion in fiscal 2002 to $24 billion in 2007. Apple’s share price has risen 2,300% over the past 5 years.

It appears that a number of factors are at work here, including cross over from iPod and iPhone sales. However, one major factor may be the troubled Vista operating system, which seems to have been a dog from the start. Microsoft’s own Steve Ballmer calls Vista a “work in progress.”